Ignore This Step After The Laser Resurfacing, Your Money Is Wasted Half!

Now, these words may not have been heard from the salesman, but the relatives and friends around you told you the truth or the reality you are experiencing because laser technology is becoming more and more common through the advancement of technology, many people also Tasted the sweetness brought by the laser.

However, some people are gradually neglecting to repair, causing some problems to occur, and finally have to spend money to solve. Therefore, the completion of the laser is only half of the process, and the remaining half needs to be completed, that is, trying to repair in order to be beautiful without worries.

Why repair
The reason why laser surgery is so effective is that it can work deep into the skin and solve problems from the inside. Even laser technology has improved a lot since its birth, but the selective effect of laser cannot be absolute, because the absorption spectra of different target color groups (including melanin, hemoglobin, moisture, etc.) in the skin tissue overlap, that is, reaching At the same time as the purpose of treatment, accidental injury will be avoided.

Erythema, swelling, blistering, rough and dry, creep, reduced osmotic pressure, crack marks and discoloration are all common reactions after laser, which is the result of accidental injury and damage.

Most of the problems that arise are related to the thermal effects of lasers.

When the laser is applied, the local temperature of the skin rises, and when the temperature rises above 48 degrees, the cells will edema, resulting in erythema, blistering and swelling.

Dry and rough skin is because the skin's ability to moisturize is weakened because the sebum film, cell membrane and intercellular lipids that help the skin moisturized will be damaged due to high temperature.

The sebum film, which can help anti-inflammatory, is damaged, and the skin is damaged. How can the inflammation that is an organism to stimulate the defense response to be absent!


The decrease in osmotic pressure is related to the aquaporins of the cell membrane. The thermal energy of the laser reduces the denaturation of aquaporins, resulting in the inability of water molecules to pass freely. As a result, the skin's moisture will be reduced and the recovery ability will be weakened.

The appearance of traces is related to the damage of the basal layer, which is the germinal layer of the epidermis (that is, providing new cells to other layers of the epidermis). When the laser damages the basal layer, the skin's growth recovery ability will be weakened. When it is old, the growth rate of epidermal cells cannot keep up with the growth rate of fibroblasts, and residual traces will form after healing.

Therefore, these are the problems that may occur after the laser, and you can solve the problem more actively after you understand the seriousness of the problem.

How to repair
Some repair work will be processed immediately after everyone finishes the laser. When the doctor will give the patient a timely cold compress, the cold compress can help to absorb the residual heat energy of the skin, so as to calm the repair effect, thereby reducing the skin's erythema, blisters, and swelling symptoms.

The epidermal growth factor can promote the growth and migration of epidermal cells. In this way, wounds can be healed in an orderly manner, reducing the chance of skin marks.

For dry skin, that is to strengthen the moisturizing, but also to promote the restoration of the skin's own moisturizing ability.

In addition, doctors will remind the use of some anti-inflammatory and anti-infective drugs to prevent the quenching reaction of recombination.
However, during the gradual skin recovery process, because of skin damage, normal skin metabolism, and air contact in life, there is a possibility of skin infection. Choose high purity oxygen to clean the face and clean the anaerobic bacteria on the skin. Create a clean environment for the skin and avoid skin infections.

Especially after laser facial remodeling, there will be many wounds on the face. Although its own immune system will secrete hemoglobin and serum as soon as possible, solidify as soon as possible, and heal the wound, but in order to create an environment to avoid skin infection, you can choose surgery Later, the face was treated with pure oxygen, and the airflow was cool, which relieved the redness and swelling of the face. 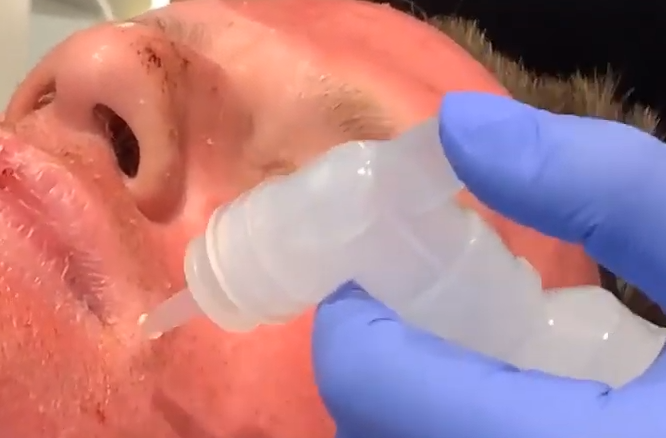 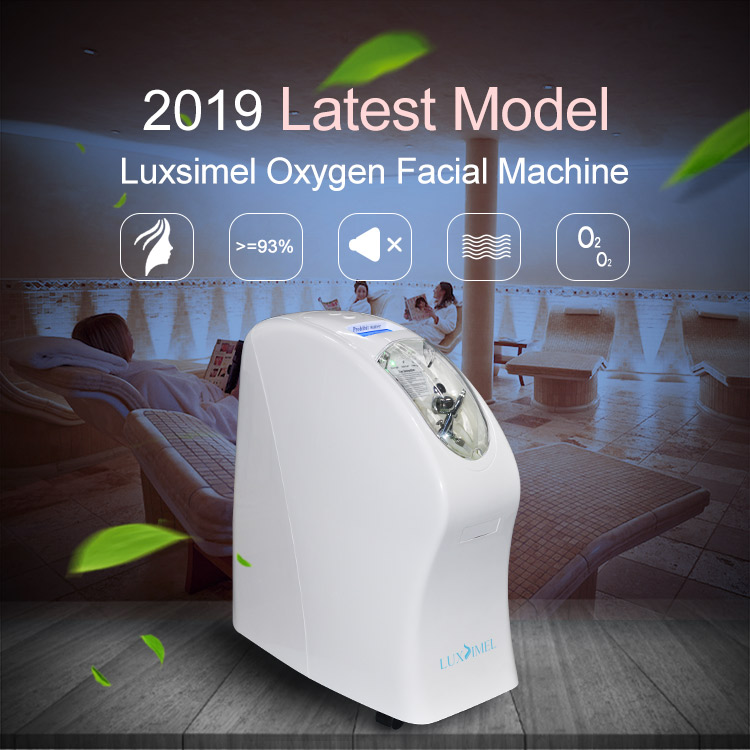 Accessories can be equipped according to your needs
Previous : Private Label FAQ Next : Pomegranate Extract Uses
May May