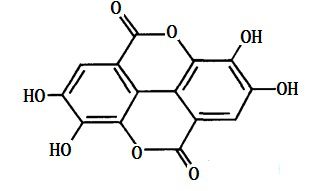 1. Anti-ultraviolet radiation research shows that pomegranate juice, pomegranate extract and pomegranate oil all have the effect of resisting ultraviolet damage and is expected to become a useful auxiliary ingredient in cosmetics.
2. Clinical trials and animal experiments to improve metabolic syndrome show that pomegranate juice, pomegranate extract, and pomegranate flower extract have significant anti-atherosclerotic, anti-hypertensive, and anti-inflammatory activities and are expected to be used in the treatment of metabolic syndrome .
3. Antimicrobial activity Antibacterial and antiviral activity Tannin in pomegranate extract is its antiviral active component. Ellagic acid, gallic acid, pomegranate tannin and pomegranate contained in pomegranate extract have significant inhibitory effects on Staphylococcus aureus, E. coli, Candida, Pseudomonas, Cryptococcus Bacterial effect. The lowest bacteriostatic concentration of punicin on Candida albicans and Candida subtilis is 3.9 and 1.9 μg · mL-1, respectively, and it shows good synergistic antibacterial effect with fluconazole. Antiviral active ingredient in polyphenol extract. The IC50 of the parasite-resistant immature pomegranate peel extracts, D10 Plasmodium sensitive to chloroquine and W2 Plasmodium resistant to chloroquine, were 4.5 and 2.8 g · mL-1, respectively. The pomegranate extract showed good anti-trichomoniasis activity in vitro.
4. Antioxidant activity Pomegranate has 11 times the antioxidant content of lemon, 39 times of apple, and 283 times of watermelon. The main antioxidants in pomegranate are tannins, which are metabolized into urolithin by the microorganisms in the intestinal tract and enter the blood circulation, while urolithin A, C, and D all show strong Antioxidant activity, and the activity was significantly higher than ellagic acid and punicoside. The animal's in vivo activity is mainly manifested in the following aspects: Stasis has a protective effect on gastric mucosal damage in rats caused by the toxic effects of alcohol or aspirin; it has a protective effect on hypoxic damage to the brain of young rats; pelvis prevents male rabbits from erectile weakness ; Ulmus eliminates liver toxicity caused by ferric nitrogen triacetate [Fe-NTA]. Clinically, it is often seen that the indicators reflecting liver function have improved significantly, to avoid the occurrence of balloon-like degeneration of the liver, steatosis of the liver, and hepatic necrosis; in the cardiovascular system Pomegranate juice can reduce the content of LDL and total cholesterol in the blood, and has the effect of lowering blood pressure and reducing the occurrence of carotid arteriosclerosis.
5. Effect on bone and joints Pomegranate extract can inhibit the proteoglycan degradation induced by interleukin-1 in cartilage explants. This shows that pomegranate extract can inhibit cartilage degradation in osteoarthritis, and is therefore expected to be a nutritional supplement to maintain joint integrity and function.
6. Effects on neonatal hypoxia and ischemic brain damage. Experiments on pregnant mice found that compared with placebo-pregnant rats, pregnant rats who took pomegranate juice suffered from experimental induction. The chance of brain damage was significantly reduced by 64%, and the activity of caspase in the hippocampus was significantly reduced by 84%. This shows that the antioxidant properties of pomegranate juice can play a neuroprotective role, and that this effect can affect the fetus through the mother.
Previous : Ignore This Step After The Laser Resurfacing, Your Money Is Wasted Half! Next : hyaluronic acid uses
May May